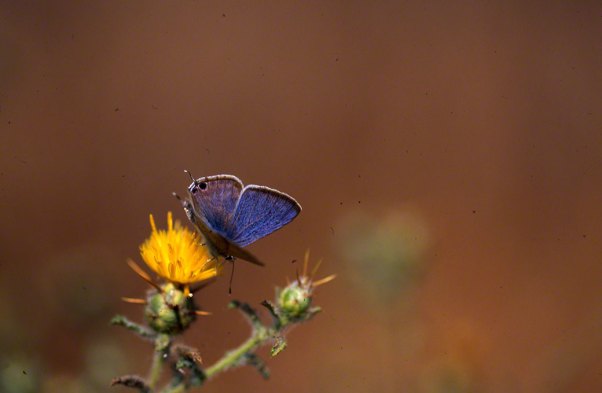 My travels take me to see my grandsons in Israel, on average once a year. Readers notice that I often share images of Israeli butterflies. Most of them are pan-Middle East species, generally found in surrounding Lebanon, Syria (Now that’s a distressed place for a butterfly to be), Egypt, and Jordan.

It just occurred to me that these tiny Israeli blues, like this Long-tailed blue (Lampides boeticus on Mt. Hermon) are common, and you see them often. That does not detract from a good image that you may see, for finding an Israeli blue butterfly is not too difficult a task . . . but, unless you want to chase, in super-heated late morning conditions, and are willing to go up and down many, many times, and are willing to ditch dozens of so-so images, you come to readily appreciate that someone else, like Jeff here, has done it.

The take-away here is that in the U.S.A., east of the Mississippi river, only one blue is common. The Eastern-tailed blue ranks is often seen. All the other blues are generally absent. To want to see other eastern USA blues requires much planning, travel and expense. Florida, Maine, New Hampshire and Vermont come to mind. I cannot discuss the blue populations west of the Mississippi river, for I have not been there.

Why are blues of many species common in Israel, while nearly ½ of the USA sports just a single blue? Vladimir Nabokov?