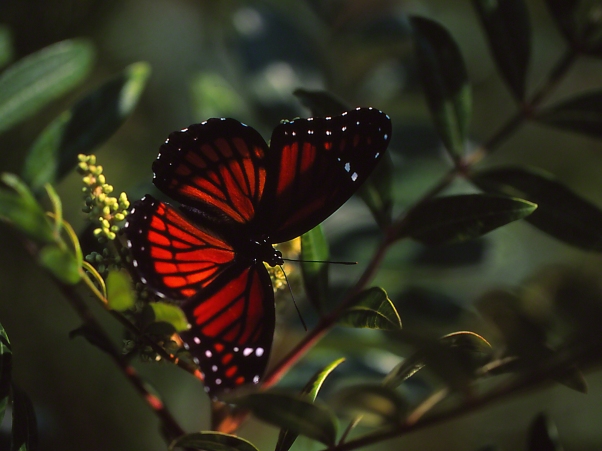 Can’t forget this moment, not for a long time. The Georgia Native Plant Society (GNPS) had posted on Facebook, of the virtues of Sumac bushes/small trees. It caught my eye, for my city kid roots (Brooklyn, New York) always tagged sumacs as B-A-D. Poison sumac was found in Brooklyn and the other five boroughs of New York City. It was to be avoided. The GNPS’s Facebook post told of the virtues of Georgia’s native sumacs. Attractive in the garden, hardy and supplies valuable food to birds and more.

This Viceroy flew in while we were working Woody Pond at Harris Neck National Wildlife Refuge, on the Georgia coastline. Lauren had recommended Harris Neck, and there we went. The Viceroy flew to the sumac that grew on that 4-foot wide strip that separated the Woody Pond trail from the pond’s edge (think alligators!). This Viceroy was fresh and Gorgeous, and began nectaring immediately on the few Sumac flowers that had opened.

So, suddenly Sumacs were good, very good. They attracted beautiful butterflies! That was an epiphany, for me. GNPS touted Sumacs, and there I was excited about a Sumac in a fab Refuge, as it attracted a totally OMG! Viceroy.

Our 8 months ongoing Macon, Georgia back garden now has dozens of trees, bushes and perennials that we’ve added to it, 97.5% of them natives. With Spring ’20, what did we discover? Winged Sumac and Smooth Sumac plants appeared, and began to grow. We didn’t plant them. I chose the several that would be terrific placements, and look strong and robust, and I staked them (so Petra & Cuiffi) don’t trample them. Lots of you know how anxious I am to see these Sumacs surge forward in the Spring ahead of us. 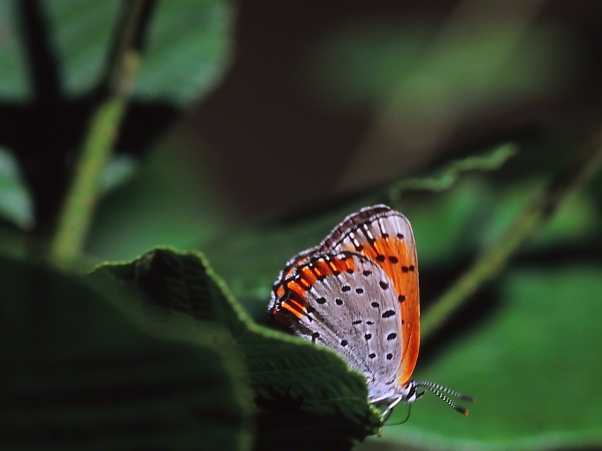 Isn’t that how life often unfolds? I was working the Wetland Trail at Raccoon Creek State Park in southwestern Pennsylvania. I reached the pond edge, and slowly moved along the shrubs that grew inches from the water. My eyes are trained now to spot things different, butterfly-sized.

There it was! Mama Mia!! The first Bronze Copper butterfly I’d ever seen. Stay calm, Jeff. Slowly prepare to shoot it. I was so excited, for the early morning sun was at my back, there was no breeze and the sky that morning was blue. Glassberg in his A Swift Guide to the Butterflies of North America has this species as “LR-LU” (Locally Rare – Locally Uncommon).

I’ve only seen one a single time after that, and that was years ago. Was this a chance meeting? After a lifetime of sometimes fighting, living amidst sometimes danger (very), watching helplessly as Frieda A”H slipped away, and those years of carrying long steel on my person, I’ve come to see such a bit differently. Here I am, and I’ve endured much, yet lookee, lookee, I am now sharing A Bronze with you, my Bronze, and a beaut!

For me, a Thank You G-d moment. 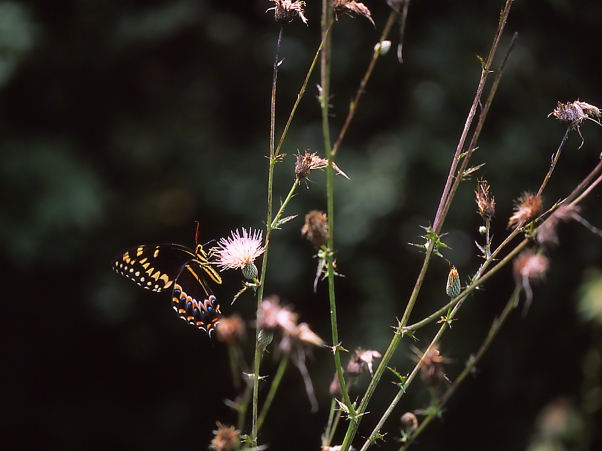 This gorgeous Palamedes Swallowtail butterfly was nectaring on thistle. Now I don’t know the name of the thistle, at the edge of Woody Pond in Harris Neck National Wildlife Refuge on the coast of Georgia. I’ve learned that Harris Neck Refuge has a number of very earnest supporters, so I hope Laura and some of the wonderful people I met there in late August 2018 will help name this spindly thistle with its almost white flowers.

Those thistle flowerheads were busy with many different butterflies. This visit by a Palamedes was special though. You’d think that I would bring my Macro- lens closer to the  butterfly, for a Macro- lens can approach 1:1 imagery, as long as they are very close to your subject.

I was at that 3′ strip of green growth at the pond’s edge, and Brooklyn boy did not want to get a single inch closer then I was, with all due respect to the alligators that may or may not be in the pond, an arm’s length away.

I was recently gently chided for this reluctance. You must know that those ‘gators, heretofore mostly unknown to me, soooo reminded me of the Connected guys I grew up with. There they are, right where you are, and you know them, they know you, but mostly leave them alone, and all will be good and dandy.