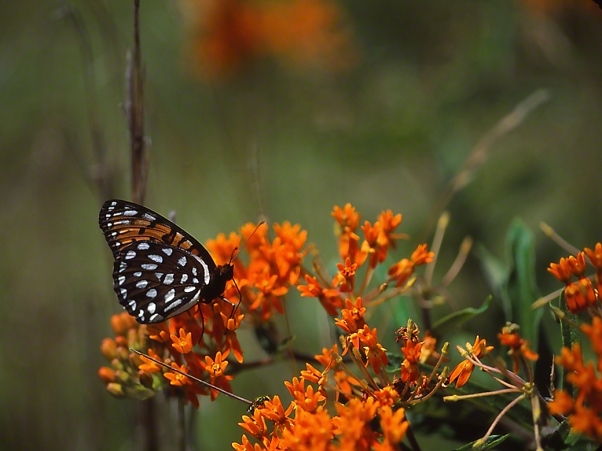 There surely were 30,000,000 or more Regal Fritillary Butterflies when George Washington was President of the United States. That’d be 30 million Regals flying east of the Mississippi River. I have no doubt that they flew in my old neighborhood, East Flatbush in Brooklyn, New York in 1770.

Today, they fly only on 2 military reservations from the Mississippi to the Atlantic Ocean. The first is in central Pennsylvania and the other, is in the State of Virginia. In those places, expansive pristine meadows grow, protected and nurtured by the U.S. military.

I can’t even guess how many Americans have ever seen this handsome butterfly, once found in the tens of millions, and now rare, with perhaps 2,000. eclosed each year.

I’d been determined to see Regals, and when I finally saw them at Ft. Indiantown Gap, near Harrisburg, Pennsylvania, they were even more beautiful than I expected. Really.

Why now? This Butterflyweed, a milkweed, is now in bloom just about everywhere, and this is the week that Regals Fritillaries make their appearance.