Who can resist? June 2014, and there in Doak field, in the field, we discover . . . a Praying Mantis (Mantis Religiosa) egg mass. Butterflies are why we’re out there, but, who can resist stopping for a moment to examine this wonder of wonders?

What is inside? Eggs. What is the outside material? A substance produced by the female, that hardens, and . . . and serves many roles, one of them is it repels birds. It discourages birds from eating the eggs within. Impressive.

When it is 0 degrees F in that field in January 2015, those eggs remain viable. Suspended on this twig, the entire egg mass never comes in contact with the snow that covers the field, again and again throughout the winter.

Spring arrives, and the eggs hatch. The tiny mantids chew their way through the outer covering of the egg mass, and grow…

All those years of enjoying the antics of Pearl Crescents, and that handful of Phaon Crescents that introduced themselves to me in Mississippi, Georgia and Florida didn’t prepare me for this, my first meet-up with a Vesta Crescent.

She was taking a break in the National Butterfly Center, in Mission, Texas near the border wall. Phaon? Pearl? a gentle mix of closely related Crescents?

I was more than pleased to much later discover that she was a Vesta Crescent. Places that Vesta butterflies call home are in Texas, Oklahoma and Mexico.

Another new butterfly for Jeff, and ongoing acknowledgement that the Cr-ator has been very busy. 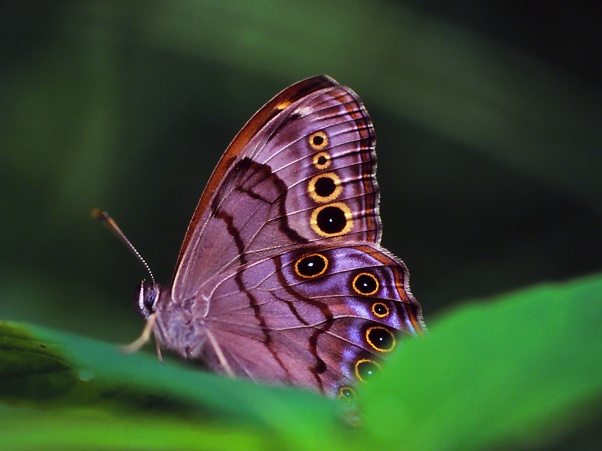 Along favorites trails we keep our eyes alert for butterflies that fly the forest edge. When the weather forecast fails, and clouds that shouldn’t, do appear, its drats! Butterflies almost universally prefer sunny to dappled sunny locales. Bring dark clouds, and butterflies disappear, as quick as that.

When it’s cloudy, or dark or slightly drizzly, there’s a strong temptation to no longer remain alert for random butterfly flight. Years of working trails has taught that when you are moving through moist wooded habitat, or habitat with active streams or moderate wetland, it’s important to not succumb to dropping your attentive radar, for  with wet conditions flanking your trail, chances are good that you will note these beauties, Northern Pearly-Eye butterflies.

Northern Pearly-Eyes are difficult to make approach to. They flee approach, not with jet-like speed, but just as effectively, as they fly their low, looping flight, and just about vanish from sight.

This magnificent Pearly-Eye was seen on Nichol Road trail in Raccoon Creek State Park in southwestern Pennsylvania. It was to my right on the trail, and the forest that began at trail edge was poorly lit, and humid.

I kept asking the Ab-ve to allow me to get my Macro- lens close to this one. It looked handsomely fresh. I approached, robotically. It held the leaf. Closer again, it remained. Slowly lowered my left knee onto my Tommy knee pad, it was still there.

I love this image, now one of my favorites. A butterfly that when seen looks bland, now revealed to be very shmeksy! when you close the distance from Pearly-eye to Macro- lens.

When I occasionally revisit this image, Oh, how I  appreciate the many features that it shares, so easily. 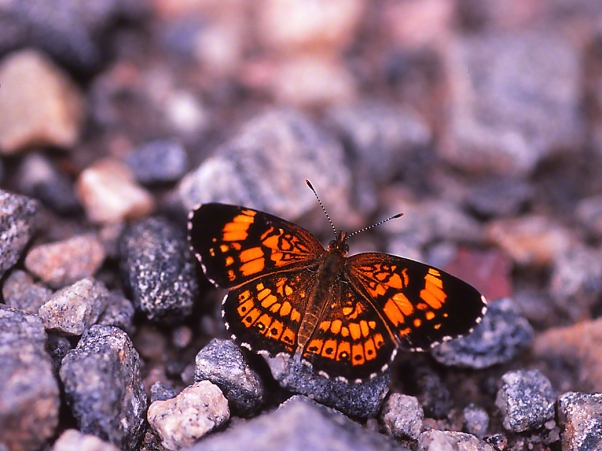 Rose and Jerry agreed to meet me at the Piedmont National Wildlife Refuge. Pearly-eyes were the objective. I am fond of pearly-eye butterflies, brushfoots that I know from my Pennsylvania trails. Elusive, mysterious and one of very, very few butterflies that you’d see on an overcast morning. Always seen near wetlands, they tease you to come closer, than . . . are gone, into the tree labyrinth nearby.

But this was Georgia, and I was anxious to make my first meet-up with the other pearly eyes: Southern Pearly-eye and the very hard to find Creole Pearly-eye. The park ranger cautioned, did I understand that the swamp that the 3 of us were headed to had been a known vector for several insect-borne diseases. Uh . . . Um, No. Hmmm. Quick conference with me, myself and I. I had grown up on the streets of Brooklyn, I had been in too many fights to count, carried a 5″ folding during those subway rides for 4-years, volunteered for NYARNG artillery ( 155mm towed ), Dean for 5.5 years at a Big NYC high school, ran hundreds of apartments in NYNY, . . . . . survived, Thank G-d. Next thing I knew, Rose, Jerry and I were in that swamp. A wonderland of Pearly-eyes it was. We saw Northern, Southern, Creole and Gemmed Satrys in that cane filled lowland. It was overpoweringly dark for my ASA 50/100 Fuji Velvia film, the sweat was just streaming down over my glasses, and Rose and Jerry ( Phd, Entomology! ) are human dynamos, calling me here, then there, to see fliers. Imagine me spinning around, jumping logs and mucking in mud. I Loved it!

After they mercifully agreed that we had done what we can do, Rose asked if there were any other butterflies that I might like to see and that are local to the Georgia Piedmont. Sure, Silvery Checkerspots. I may have seen one once, a long time ago. Off we shot in their car, and soon arrived at a small retaining pond. Jerry parked, and Rose led the way. Bingo! She pointed out the Mamma mia! of a Silvery. With glee! I got down on my belly and shot away. Here it is, near perfect, with those white spots in the margins of the hindwings.

Friends like Rose and Jerry enable me. They seem pleased to meet me and show me new trails, to rich butterfly lodes. It is only in the last years that I have been so fortunate to meet and benefit from Nancy, John, Mike, Virginia, Phil, Barbara Ann, Erica, Angela (next week), Dave.