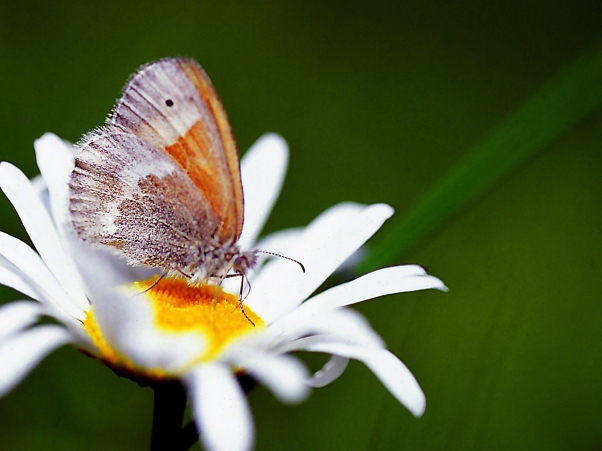 I’d expected to see my first Common Ringlet some 15 years ago. Not to be. True I saw a species of Ringlet in 2016 along the Israeli Mediterranean coastline, just south of the Lebanon border. That was unexpected, and exciting. When would I finally see the American Common Ringlet?

The first encounter with a USA Common Ringlet, this one, could not have been predicted. Barbara Ann and I returned from doing field work in her far western New York state. I dropped her off in her Frewsburg, New York home. She suggested that before I went back to my rented cabin, I scour the wildflowers on either side of her road. OK, it was a beautiful day, and who knows?

Bingo! My first Common Ringlet, nectaring peacefully, on those hundreds of tiny flowerhead.s.

Lesson learned? Listen to Barbara Ann and lesson #2, don’t discount the possibilities offered by your own, and your friend’s nearby blooms?

What’s your best remembered find, right there under your own nose?