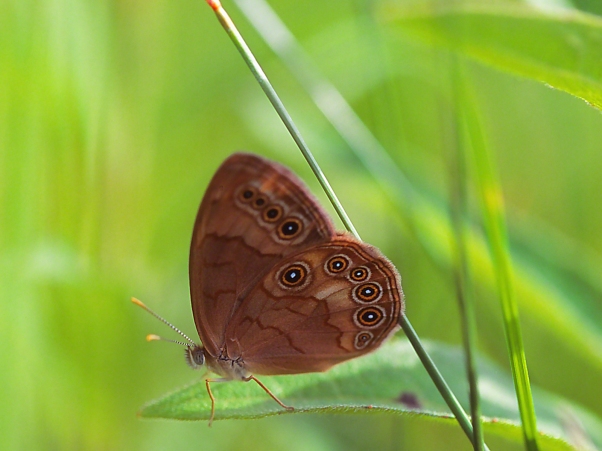 We scoured Prairie Road Fen, Angela and Barbara Ann for orchids and wildflowers, with me keeping an eye out for butterflies. Near Dayton, Ohio, I was again and again impressed with the richness of Ohio reserves and parks.

They found their orchids, here at Prairie Fen Reserve and almost everywhere else, they with much experience with orchids and near relentless in their pursuit of them.

Me? I was reintroduced to several butterflies of the northeastern USA that are hard to find. This Eyed Brown butterfly was such, one I rarely see over the years. It’s home? Wet meadows.

Once my Fuji slides were returned from Dwayne’s Photo, I was thrilled by this image. Glassberg’s A Swift Guide to the Butterflies of North America cites Eyed Brown’s as “LR-U” at the southern edge of range,” and that made our meeting even more serendipitous. Rare to Uncommon brings a smile, for that 6 hour or so drive west from Pittsburgh, for such moments, made sense, much sense.

Studying the rich play of color on this left hindwing, I think of the subtle beauty it displays, those tiny eyes, shining as little spotlights, the jagged lines that enable us to differentiate this butterfly from the closely related Appalachian Brown butterfly, the rich hues of brown that I’m on record as . . . loving and the good capture of the head, legs and antennae. 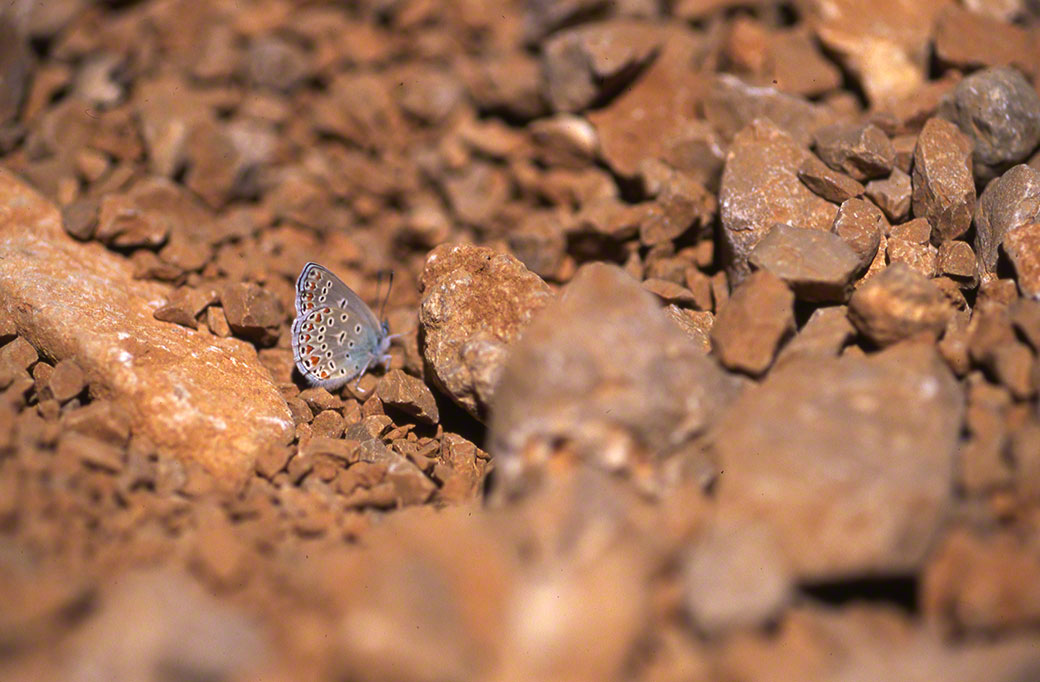 When the call went out, on their cellphone network, dozens of butterfly lovers converged on the ‘Wall,’ all anxious to see the Tropical Hairstreak butterfly that had been spotted near the entrance to the Mission, Texas development.

It happened again when the Gold-Bordered Hairstreak was spotted, nectaring nearby. The Gold Bordered drew a near mob, and earlier I shared how I was considered “selfish” when I came in low and close, for my Macro- lens cannot do its job at a distance of 10 feet.

This Aricia agestis agestis butterfly on the peak of Mt. Hermon in the HolyLand suffered an audience of me and my guide, and Erin had sum zero interest in rare butterflies.

Poor Aricia agestis, earning just the excitement of a single butterfly lover, on that overheated, high peak at the roof of Israel. 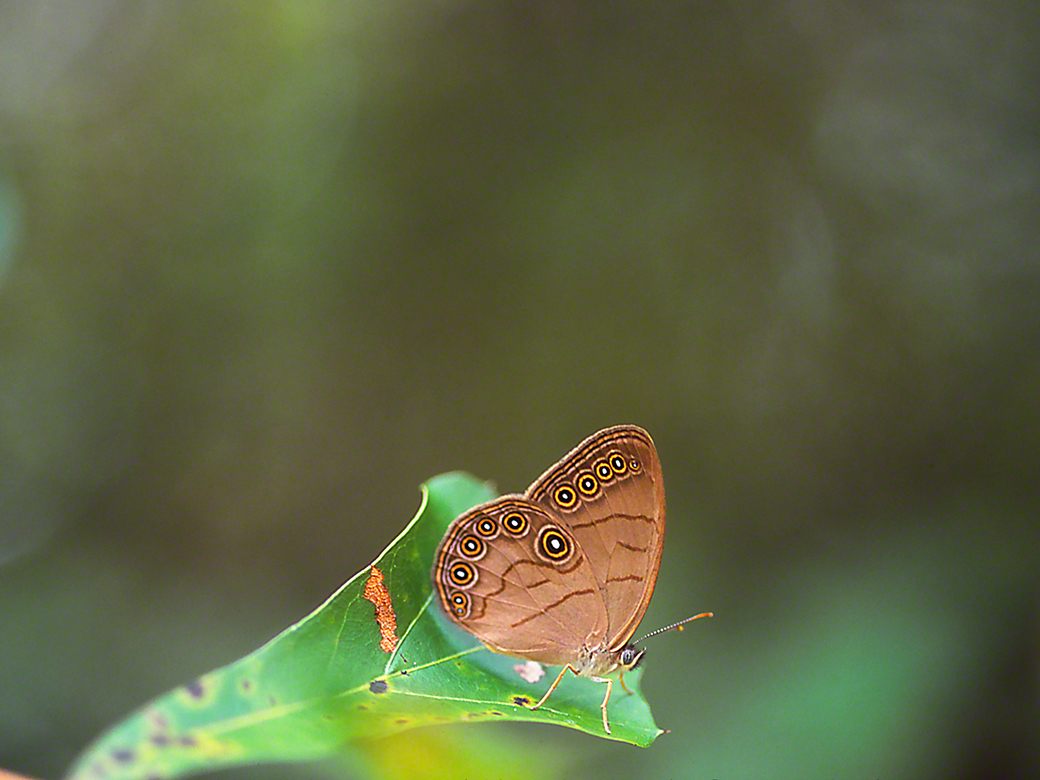 Most of our favorite butterflies visit us, in our gardens, parks, roadside botany and fields. Those are the butterflies we know and enjoy. They accept our invite to come and nectar, on our coneflower, zinnias, fruit trees, buddleia and Mexican sunflower.

This is one of those “We have these in Georgia?” butterflies. The Appalachian Brown butterfly. They don’t know or care that you have a spectacular garden full of natives and nectar pumping plants.

This is none of the above, rather it is a Backwood beauty, found in swamps and wet meadows. This immediate one was seen in Piedmont National Wildlife Refuge in middle Georgia.

I’m long on record that I love subtle browns, Love those ‘eyes’ and being kind of a march to your own drummer guy, appreciate such stand alone self-confidence.

As the dialogue continues, with my new friend from the other side of this world (Sri Lanka) I find my mind aboil with interesting questions. This new acolyte to butterfly questing has thrown several questions at me, questions that only someone fresh to this field of interest might ask.

Reluctant to overwhelm new enthusiasts, I struggled to limit my ‘constructive criticism’ of her image shares to one or two possibles. Yesterday I urged that she work all of the butterflies that she has seen and choose just one, and shoot it out, and make herself a moderate expert on that one, and own that right to discuss it, after a body of serious field time observing it.

Well, since that share, all of these thoughts have been springing out in my mind. This image here, of an Appalachian Brown satyr, derives from several earlier discussions popped on wingedbeauty.com. Some of them go all the way back to those certain stores on Madison Avenue in NYNY in the 1980’s, when I had the grease to go into men’s clothing stores and come out with brown fedoras and brown (Oh, so chocolate brown) shoes.

Past the 2 decade mark, I now know that the majority of visitors here will give short shrift (i.e., spend little time viewing) a post we might make here of a brown butterfly, or of a skipper butterfly. Monarch? Heavy traffic. Gorgeous fresh Eastern Black Swallowtail? Heavy traffic. A Mourning Cloak in full regalia? Good traffic.

This sweet look snapped in Piedmont National Wildlife Refuge in middle Georgia, USA, with its really likable ‘eyes?’ Well I shall only expect light to moderate traffic, for many very, very prized visitors and friends just don’t get whooed by browns.

So friends, if you’re really in it for them all, then go ahead and share the browns, for they are most certainly G-d’s creatures. Do though, anticipate that traffic will be . . . 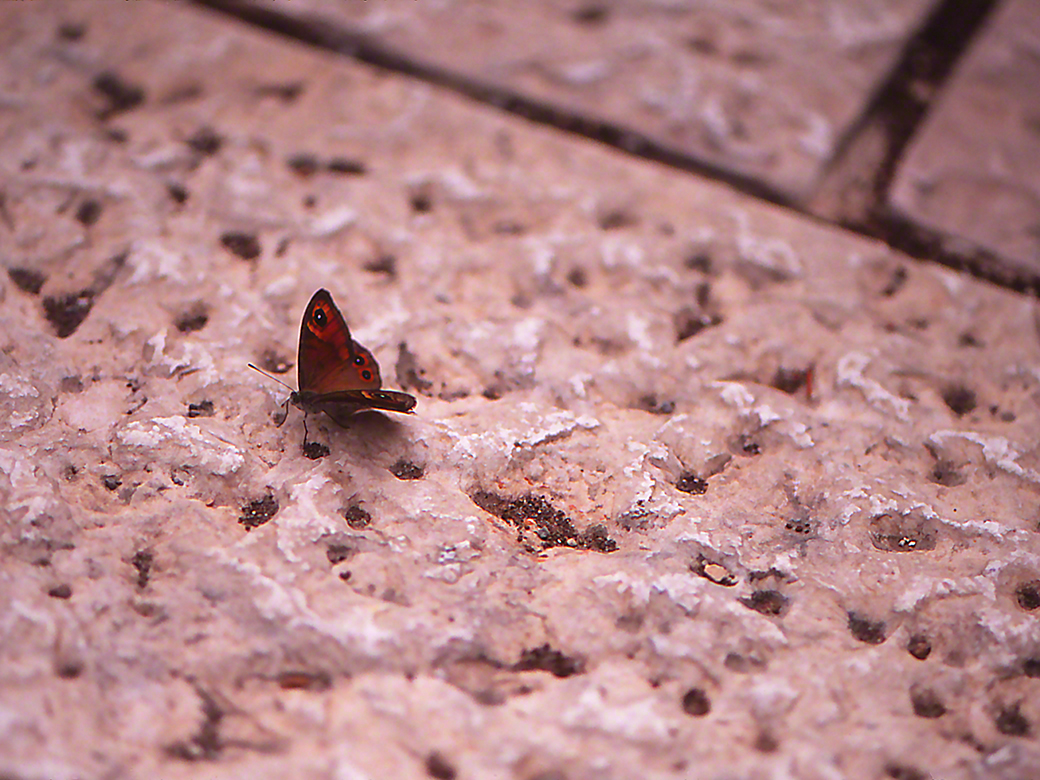 Unless I qualify what and where, to you, this image of a Turkish Meadow Brown butterfly, is well, forgettable. Better get straight to it. In 2009, Miriam and I flew to Israel to attend my Rachel’s wedding, Uri her husband to be.

We spent several days in a Fantastic flat, so unbelievable, for when you looked out the living room window, you were . . . looking straight at the Kotel, the Western Wall, remnant of the Second Temple. Head down the front stairs, walk across the walkway, stop and the Security post, descend the stone stairs (all is made of stone), and your are in the enormous courtyard of the Kotel.

Those 4 days kept nagging at me. I had my camera with me, as well as my Fuji Velvia slide film (ASA’s 50 & 100). Were there butterflies in the Old City of Jerusalem? Morning #1 I descended those same stairs, and turned right this time. A very short walk, and there was a small, largely neglected city park. The park had shrubbery, neglected, but some of the shrubbery was in flower. Butterflies! There were lots of tiny blues. As I worked the other corners of the park, I happened on larger butterflies. This Turkish Meadow Brown butterfly repeatedly flew about the stone pavement. Stone slabs that may be 400 or 600 or 900 years old. I persisted, it eluded me, I persisted, and share here the best of them.

Now today, January 3, 2017! we look here and see the absolute mess that is the United Nations. This reprehensible body, has, for its own vile reasons, and led by the United States of America, voted that the home of the Jews for thousands of years, does not belong to the Jews at all. They voted that it belongs to others. They voted that this Turkish Meadow butterfly flies on a fictional land, peopled by folks whose grandparent came there after 1945. The U.N. and the U.S. worked to insure that the Old City of Jerusalem, and its extensively recorded history, actually must be gifted to a new, created people, totally in contradiction to History. Doubt this? Read From Time Immemorial by Joan Peters, before you accept the lies being offered to you.

A casual photo of a Middle Eastern Butterfly, in the middle of Old Jerusalem, a 4-minute walk from Jewish homes, a 8-minute walk from the Kotel, the site of fierce, bloody battles in 1967, and 40 feet from thick stone walls, on the other side of which is Arab Jerusalem.

No explaining all this to this sweet chocolate brown jem of a winged beauty. Its ancestors have flown here for tens of thousands of years??

Yes, I know some may find this post edgy . . . but you know, We have had enough, are sick of being bullied, and enough is enough. I love Turkish Browns, and I love those of you who understand and/or worry for all the peoples trying to live there, in . . .Peace. Will 2017 . . . ?