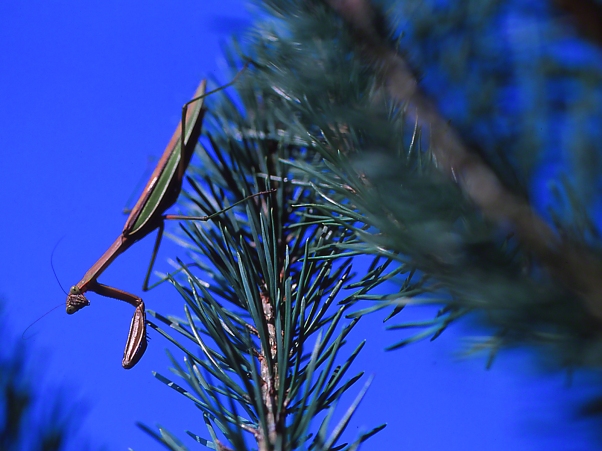 This endures as a long time Favorite of mine. I was working the edges of the 100+ acre Doak field in Raccoon Creek State Park, and I cam upon a group of Spruce trees. They were young trees, and from their grouping, it appeared that they had been planted at the field’s edge.

There on top of a healthy Spruce was this Chinese Mantis. It was motionless, posing at a fine angle, the sky was deep blue, no breeze, and as I approached and began setting myself to shoot away, it continued to gaze at me! I’m used to gazing at butterflies, moths, spiders and more, but don’t recall much experience with such a subject gazing at me.

This has been a long (very long) time favorite of mine, despite the realization that this is an alien species of Mantis, and has displaced many insect predators these last decades.