In that sweet meadow on the slope of Mt. Hermon in the HolyLand. Surrounded by billions of these tiny yellow blooms. The Israeli sun has our middle morning at a comfortable 84 Fahrenheit, and I am poised at these Copper butterflies. Lycaena thersamon, he on the left.

They’re near motionless for more than 1/2 of an hour.

Me? I’m shooting away. What am I thinking? Elvis Presley’s Love Me Tender:  Love me tender, love me sweet, Never let me go, You have made my life complete, And I love you so . . .

We know that our minds flourish when we are out there, searching . . .

I turned that bend of Nichol Road Trail in Pennsylvania’s Raccoon Creek Park, early on a summer morning. Early morning sun strikes the leaves along the upcoming trail berm. I’d seen butterflies perched on those 8:30 AM berm leaves before, and that turn of the trail always had me poised for OMGoodness! moments.

And there she was. A gorgeous Eastern Tiger Swallowtail butterfly. Stop. Think. Slowly, slowly approach her, me down enough to shoot her, she at 18″ above the ground. Pop! Pop! Pop! many times.

Her blue flashes? Well just look at them. The rest of her. Fine, very fine.

She sure makes me reminisce that time when I was leaving Mr. Gorin’s office in New York’s tony Fuller building, at the very fancy intersection of Madison Avenue and East 57th Street. I stood there as the Art Deco decorated elevator arrived at my floor, and those decorative doors opened, and . . . there was Diana Ross, standing there, alone. She smiled, and I walked into the elevator.

My guess was that she’d finished a meeting with one of the lawyers in a floor above. I’d worked in Manhattan for years, and I say, she was impressively beautiful. We chatted, and reached the Lobby level. We exchanged goodbyes, and she went her way.

Eastern Tiger Swallowtail butterfly and Diana Ross. Neither to be forgotten. Both elegant and especially beautiful. Both met unexpectedly.

Nancy and John had a proven spot to find Little Metalmark butterflies. I was very, very excited to finally meet them. When we arrived at the spot, I was amazed. Amazed.

The Little Metalmark butterflies were tinier than tiny! Photograph them? You had to crouch down and constantly move your camera, as they methodically worked the equally tiny flowerhead of these yellow blooms.

Scoring a good image? A Big Challenge. They move, you adjust your camera. They move again, and again and again. My goal was to catch those silver-looking bands as they gloriously reflected the strong Georgia coastline sun.

I’d find an especially fresh Little Metalmark, only to watch it fly to another flower. I’d have to get up once again, from hugging the ground, and reposition myself. I did this over and over and over again.

The late morning sun was merciless, the sweat ran down my forehead, and these Cartier-like gems kept doing there bounce from bloom to bloom hunting.

Here’s one of my more satisfying images. Lilliputian Gems, those Little Metalmarks.

I’m enjoying posts shared by so many who like me are anxious for the winter of 2020 to end. Their posts of Spring-Summer-Fall butterflies wet our appetites. It’s so close to the time that we check our stuff, and head out to see and shoot G-d’s winged beauties.

Enjoy with me here 2 of those moments of ecstasy.

The first is a Copper butterfly met on the lower slope of Mt. Hermon in the HolyLand’s Golan region. Lycaena phlaeas. Fragile, beautiful, perky, purposeful sipping that nectar . . .

That’s me at Ft. Indiantown Gap Military Reservation’s expansive meadow, photographing the very rare Regal Fritillary Butterfly. I crouch there, thinking that this exquisite Fritillary used to fly where I was a boy in Brooklyn, New York, and it’s range is now limited to this meadow in central Pennsylvania and another meadow on a restricted military site in Virginia. 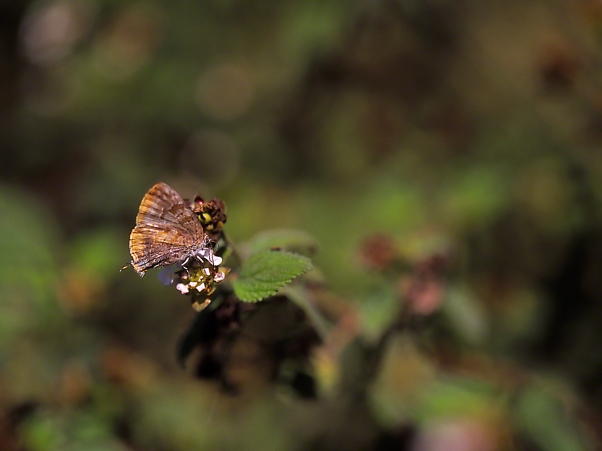 This is the one that sent dozens of folks dashing to their cars. As they sped to the “Wall,” to those native bushes planted around Retama Village in Mission, Texas, many aware that their blood-pressure was heading up, most were euphoric, awaiting a chance to see this hairstreak, a Gold-Bordered hairstreak.

Why? The Lower Rio Grande Valley in Texas, U.S.A counts this one as a Rare find, one that is almost never seen in the United States.

Me? I appreciated my good fortune, meeting such a rare butterfly during Christmas week in Mission. I’d experienced this a handful of times that December week, a rare one is spotted, Mike and others send the word out via cell, and dozens and dozens of enthusiasts rush to see it.

This was the time the Brooklyn boy watched as I worked through the ring of watchers, my Macro- lens needing to get within 48 inches or less of the butterfly, unlike the rest, who all worked with long lenses. Yes, I did hear that I was felt to be “Selfish.” That? Brought this kiddo back to recalling my interesting youth, when we had to live amidst many potentially menacing guys, as in “Connected.” Truth be told, I’d sized up that mini-crowd, and as men will be, knew I could take them, one way or another.

Gold-Bordered hairstreaks unleash a flow of thoughts, for me at least.