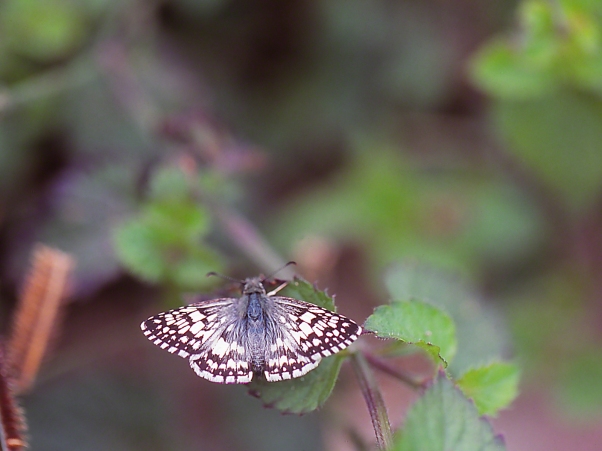 Jeff so wanted this fresh Checkered Skipper to be a Desert Checkered -Skipper. It was said that it just might be. Commons are found throughout most of the United States, and yes, they are seen so often that they rank as ‘common.’

I took this photograph at the National Butterfly Center, Mission, Texas near the border wall. Four (4) Checkered-Skippers have been seen there. Review of this image concludes that this is a Common Checkered-Skipper. It’s seen in nearly all of the U.S. continental states, except in the New England region.

I’m sure this is of zero concern to this tiny creative masterpiece, though it could not be faulted for feeling overlooked by nearly all who love butterflies. Who among us trumpet the arrival of a ‘Common?’