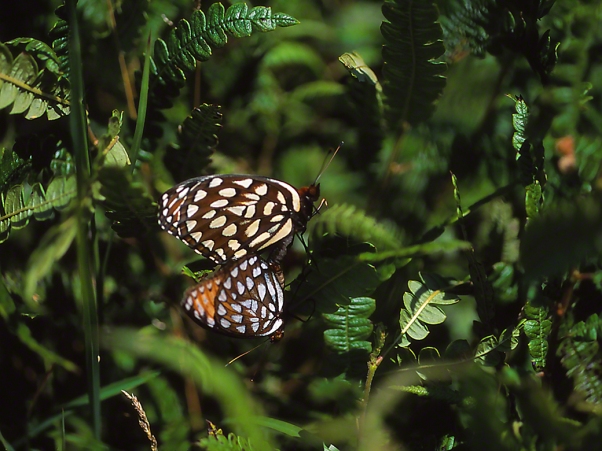 The 128 other guests of Fort Indiantown Gap Military Reservation were spread out over the vast meadow, seeking Regal Fritillary butterflies. I was split off from the rest, with another guest, and a Post naturalist. This was a Wow! day for me, June 10, 2015. The forecast a week before was for rain. The weather that day? Sun!

Yes we saw Speyeria idalia. Most were males, and many of them were older, and worn. I wanted to see Regals, but I also wanted to photograph young, handsome, and fresh individual butterflies. Most were worn to very worn, and some had been struck by birds.

What! Did you see that? A mated pair flew from almost underfoot, into nearby meadow growth. I followed. A mated pair: Holy Cow!  Would they tolerate my macro- approach, would they stay put? They did. I photographed shot after shot and another participant took a few too. We did not have an opportunity to talk, as focused as we were. (pun intended)

Here are female and male, and they are fully engaged. I tried to crop images that convey the reflection of the sun off of those bold white spots.

How exciting! I don’t know how many of you have such an image. Rare, challenged fritillary butterflies, striving to produce next year’s Regals. I love it!

3 thoughts on “Regal Fritillaries . . . Together”